The world's plastic problem in numbers

In 2015, around 322 million tons of plastic were produced worldwide. Depending upon the region, packaging consumes 35 to 45 percent of the synthetic polymer produced in total, where the polyolefins dominate. Polyethylene terephthalate, a polyester, dominates the market for beverage bottles and textile fibers. 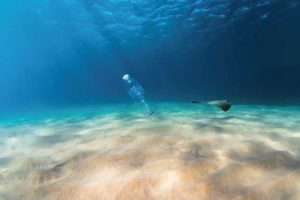 More than 480 billion plastic bottles were sold worldwide in 2016. That is up from about 300 billion only a decade ago. About one trillion single-use plastic bags are used annually across the globe. That’s nearly 2 million every minute.

It is estimated that 1.15 to 2.41 million tonnes of plastic are entering the ocean each year from rivers. More than half of this plastic is less dense than the water, meaning that it will not sink once it encounters the sea.

90% reduction on packaging with Baula

1. Made from fossil fuels
2. Huge carbon footprint
3. Will still be resent in our environment in a 100 years
4. Only a tiny percentage is recycled
5. Releases toxins into food & drink
6. Causes hormone disruption & cancers
7. Pollutes our oceans
8. Kills marine animals and birds
9. Enters our food chain

With EcoBaula you can reuse one single bottle infinitely

See how it works